Three to six-year-olds are the most enthusiastic students. They love creativity and problem-solving, which makes them ideal students in the Martial Arts. The problem we discovered is they are so progressive in following tasks, some teachers tend to treat them like their older peers. This is a problem because they still do not have the basic skills necessary to keep up with children ages 7 and up. The solution we found is to provide them with their own program that targets their stage of development in a manner that adapts to their social and intellectual curiosity while at the same time building skills that set them up for success. With that said a structured program introducing basic skill-based training in Martial Arts has proven to be very successful! 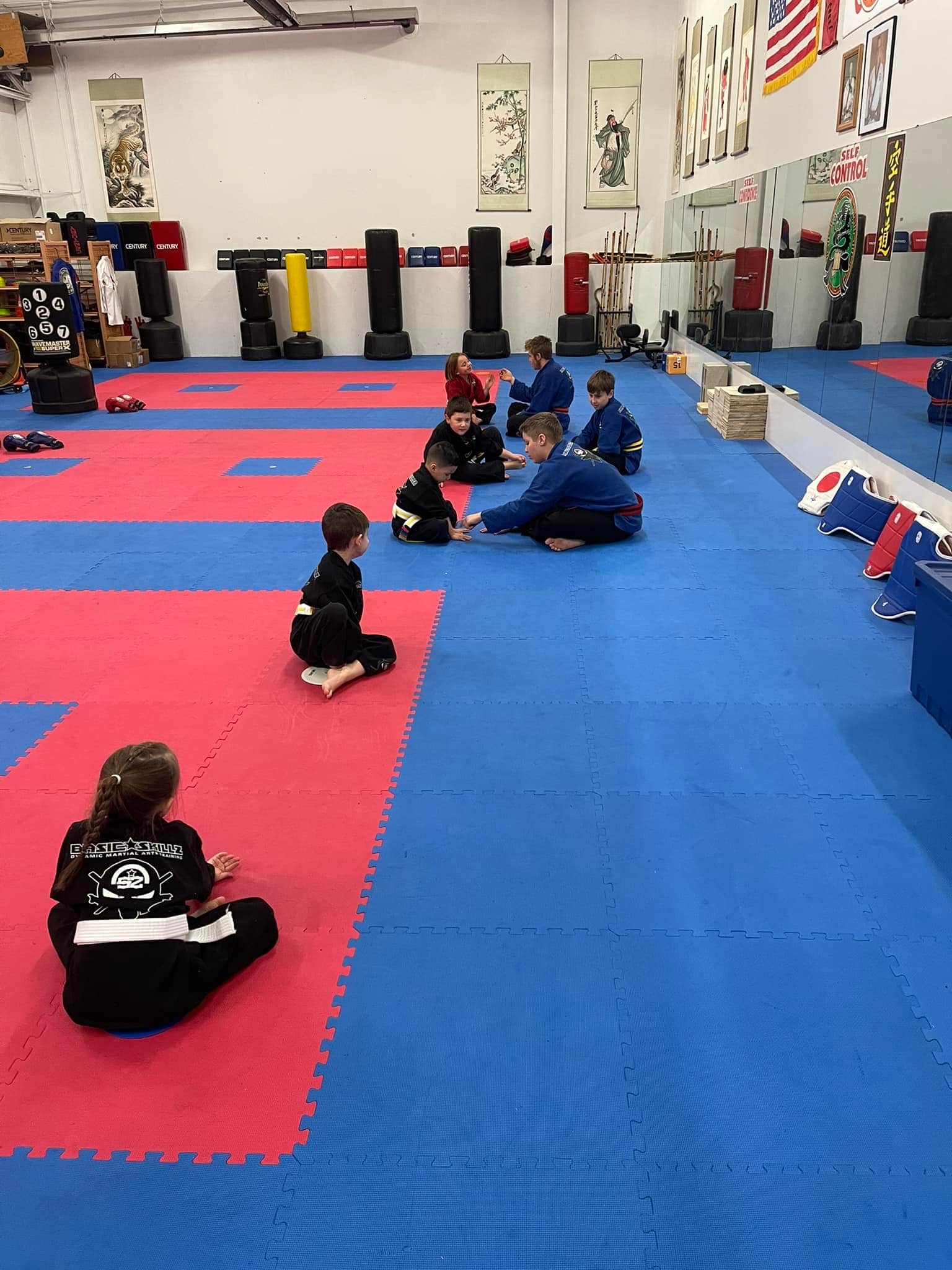 Here’s an overview for the stages of development of children ages 3-6:

Physically they typically do not know how to apply their muscles so they fall often when their body is in constant motion. Also, they have a basic foundation for leg, arm, core, and abdominal development, but they still lack a lot of strength.

Emotionally they typically focus on things that make them happy. They also have slow brakes when they are excited.

Socially they love to play with others but are typically very competitive. 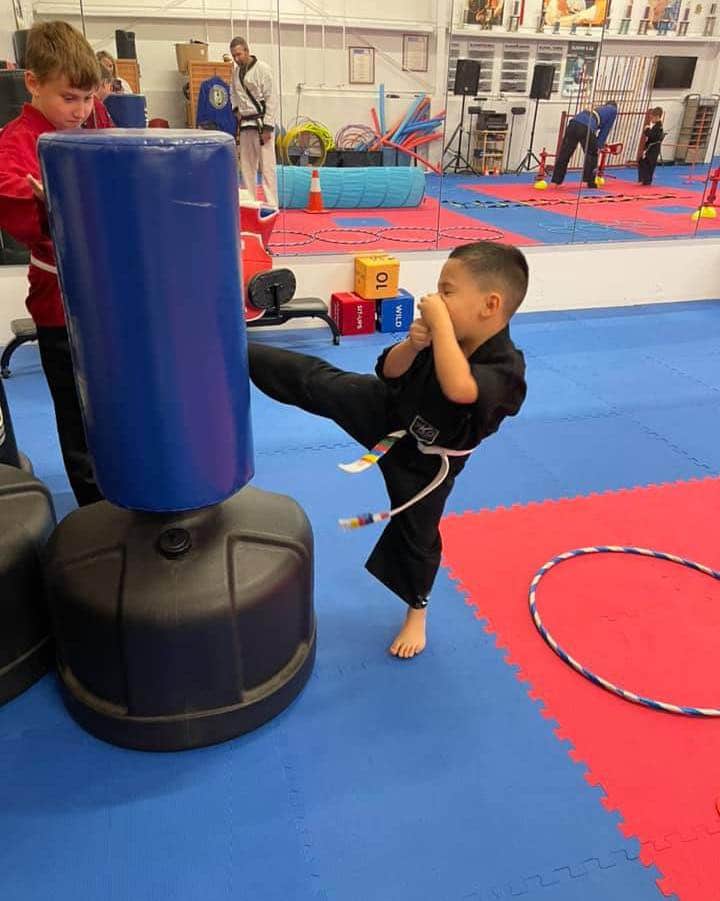 By understanding the stages of development of 3 – 6-year old’s, we were able to select 8 age-appropriate skills that make up the Basic SKILLZ Program:

We cover one of the above skills per class (in order): During each class, we run a warm-up; deliver a mat chat about the skill; run two or three skill-building drills; and then we have them demonstrate the skill to earn their skill-stripe. They must earn all 8 skill-stripes in order to graduate to the next belt level. Once they earn their next belt they will continue to run through all 8 skills earning their skill-stripes with the more challenging curriculum as they advance to each rank. They graduate to the Core SKILLZ program after they have successfully completed all 9-belt ranks of the Basic SKILLZ program. 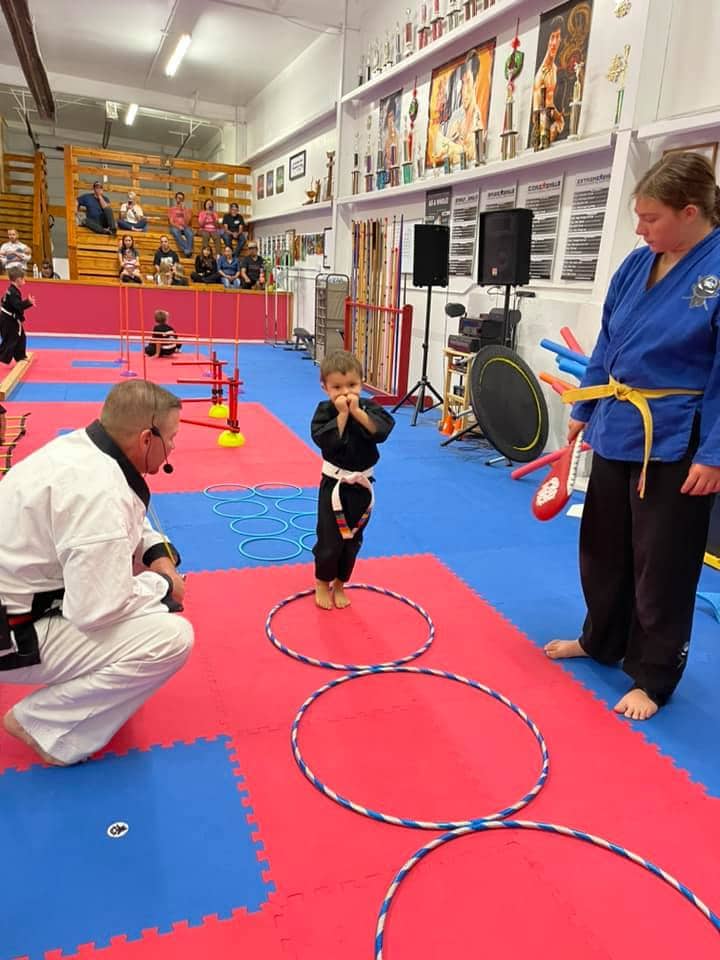 Here is an example of what a white belt must demonstrate for each of the 8 skills above in order to earn their next belt:

As you can see we take Martial Arts training to a whole new level! We use basic elements of traditional Martial Arts curriculums to build skills that are appropriate for 5 and 6-year old’s. This means that your child will learn and grow at a pace that is not too easy, nor too challenging. The best part is the Basic SKILLZ program will equip your child with skills that they will utilize in every area of their life!

Want to learn more about our programs?

Sign up today to receive news on up and coming programs and schedule updates!